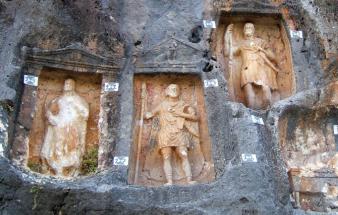 Mersin is a cultural heritage accumulated in 6 thousand years where Saint Paulus, the first Apostle of Christ, was born in. Yumuktepe tumulus, located at the center of Mersin, have shown that the city was first built 9 thousand years ago.

Providing turnkey solutions for your events.